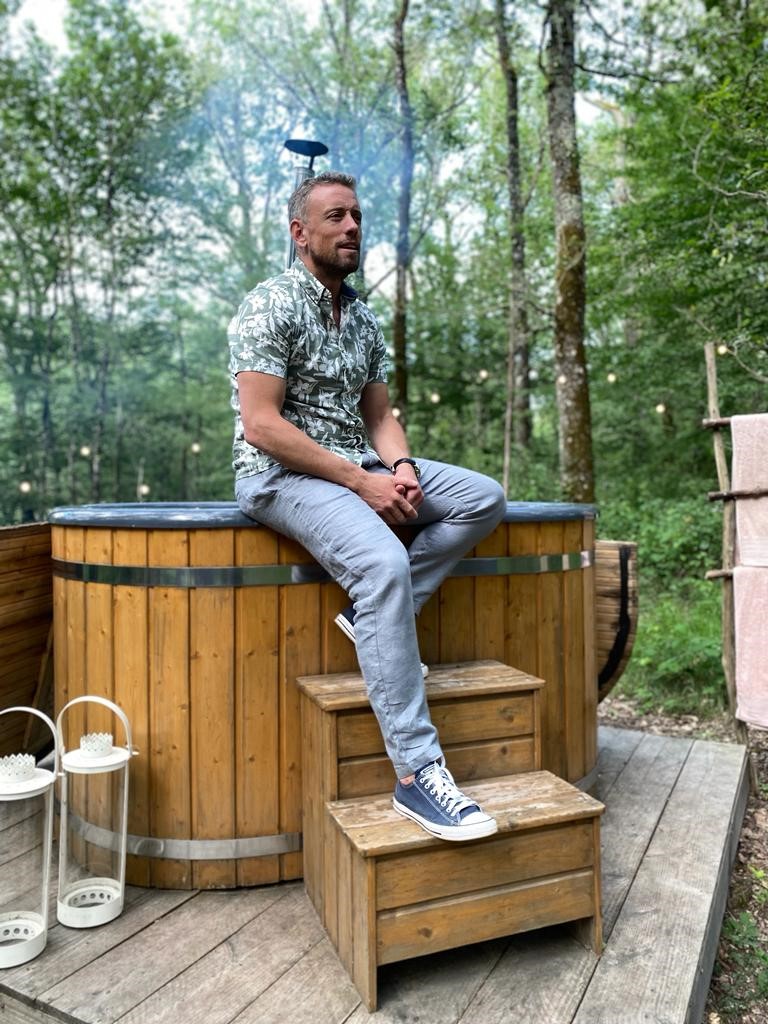 Sam Pinkham is an award-winning radio and TV presenter. Before beginning his presenting career, Sam worked for 10 years in property, initially selling houses and later moving into the renovation game. Sam loves to get his hands dirty (whether it is replumbing, landscaping or turning his hands to carpentry) and to date has refurbished 15 properties.  This love of and experience in property renovations, led Sam to co-presenting ‘Holiday Homes in the Sun’, an 80 episode series for Channel 5, which saw him hunting down the best holiday homes throughout the UK & Europe.

Alongside TV presenting Sam can also be heard on the radio and over the years has worked for BBC Radio 2, Heart, Magic and Virgin Radio. In his 25 years as a radio broadcaster Sam has won multiple awards including Presenter Of The Year, Breakfast Show Of The Year and Gold for Music Radio Personality Of The Year.  He is currently covering on Radio 2.

Sam’s an enthusiastic conservationist and wherever possible uses reclaimed materials in his property renovations. His current project is a beach house in West Sussex, follow his progress on social media. Outside of work Sam’s happy place is in, on, or under the sea with his family. He is an adventurer and loves a challenge. Sam run’s marathons, competed on a national level at Cross Fit and has cycled the length of Britain. He’s also a keen skier, climber and scuba-diver.

Sam is represented by Tatty, who can be contacted at [email protected]