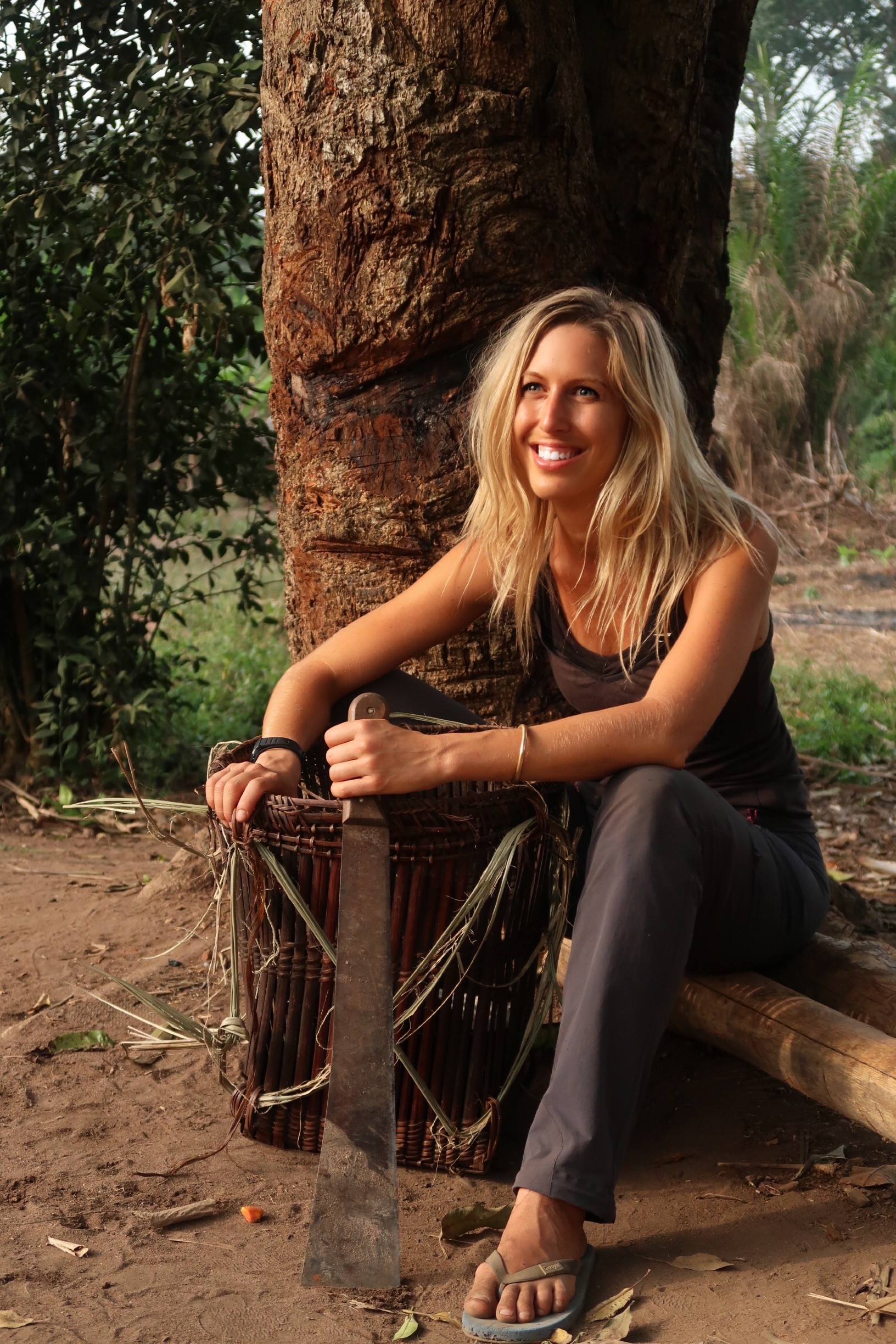 Filmmaker Livia Simoka created, produced and presented Channel 4’s ‘Extreme Tribe: The Last Pygmies’. The series followed her journey as she spent 5 months living with a pygmy hunter-gatherer tribe in the rain forests of the Congo, where she immersed herself with a family and became part of their tight nit community.

Livia has worked as Producer/ Director for many years, travelling to remote parts of the world making adventure and anthropology documentaries. She was nominated for a BAFTA, Grierson and Broadcast Award for Channel 4’s ‘The Tribe’.

Livia has a passion for the natural world, immersing herself in harsh environments and imbedding in unusual worlds. She’s fearless when it comes to tackling tough situations whilst having a natural ability to make people feel at ease and open up with sensitivity, compassion, warmth and humour.
In her spare time she likes to keep fit, hit the slopes in the winter, Ibiza in the summer and hang out with her Bernese mountain dog Clark.

Livia Simoka’s agent is Hilary Murray, who can be contacted at [email protected]