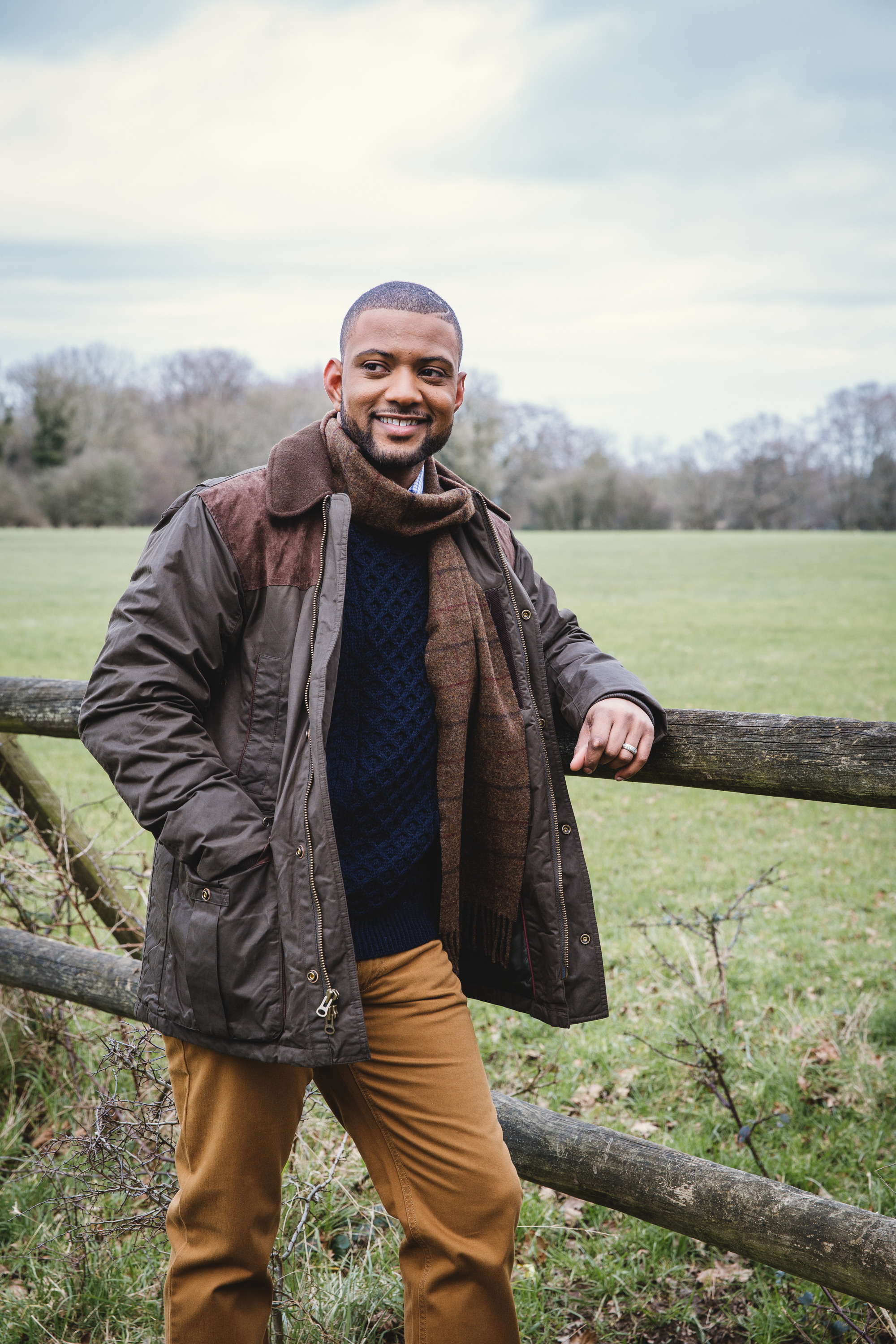 JB rose to fame as a member of one of the UK’s biggest boy bands – JLS. They dominated the charts for five years, boasting 5 number 1 singles, over 10 million record sales worldwide and a multitude of awards.

Eight years ago, JB set up a farm in the Kent countryside, where he lives with his wife, Chloe and two children. Their smallholding successfully produces award winning KellyBronze turkeys and free-range Tamworth pork.

Now an established member of the farming community, JB has used his success within the entertainment industry to highlight his passion to educate both adults and children about the origins of their food. JB was the lead presenter on CBeebies’ BAFTA-nominated television series, ‘Down On The Farm’, created for children aged 0-6 years, teaching them about life on the farm and in the outdoors. JB’s enthusiasm for farming life and knowledge of countryside issues has seen him regularly contribute to BBC’s ‘Countryfile’ and ‘Springwatch’. JB is also the newest addition to the presenting team on BBC Songs of Praise and has co-presented the Channel 5 programme’s Spingtime on the Farm, Big Week at the Zoo, Autumn on the Farm and Summertime on the Farm.

In 2016, JB became the first ambassador for the Mayors’ Fund for London, an independent, social mobility charity, linked to the mayoral office, seeking to empower young Londoners from all walks of life in their journey onto London’s career ladder.

JB also presented the program ‘River Walks: The Stour’, which showed JB walking around 50 miles from the Kent Downs through Canterbury to Pegwell bay and ‘Walks of Life’ for BBC1.

JB performed with his wife, Chloe on the ITV Primetime show ‘Dance, Dance, Dance’, for which they won ‘Best Performance’ at the National Reality TV Awards 2017.

JB is an avid sports fan and enjoys taking part in outdoor pursuits. He is also a keen skier and is an advanced PADI scuba-diver. In his spare time, JB likes to relax with his family and play an active role as a member of his local church.

JB is represented by Annie Sweetbaum, who can be contacted at [email protected]