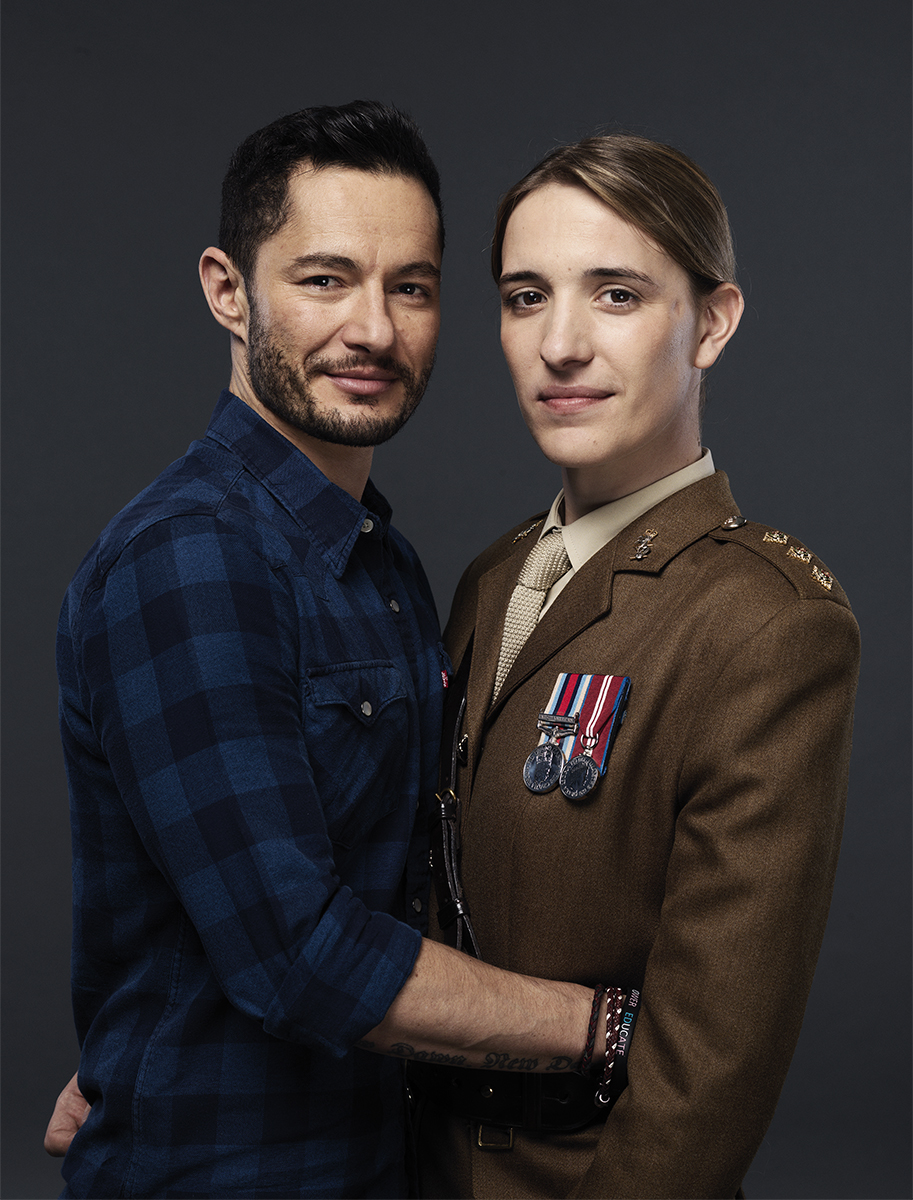 Jake and Hannah are one of the few visible transgender couples in the UK, they met in 2015 and have been almost inseparable ever since. They got married in 2018 and are now working towards starting their own family. They are passionate speakers on gender, equality and diversity and having become something of an inspiration to the wider transgender community, they work tirelessly to represent it both in the UK and internationally, seizing every opportunity to increase acceptance and understanding.

Hannah and Jake are best known for their documentary ”Our Baby: A Modern Miracle’ which was on Channel 4. They are both patrons of the Mermaids charity, Hannah frequently works on Jake’s films and media requests for them as a couple now commonplace. The pair were listed at joint number 10 on 2018’s Guardian Pride Power List. Hannah and Jake between them have appeared on Lorraine, Good Morning Britain, The One Show, The Victoria Derbyshire Show and many others.

Hannah is a Captain in the British Army. She commissioned in 2010 and since that time has commanded soldiers across the world including in Germany, Canada, Kenya and Afghanistan. Hannah’s personal story of transition captured the imagination of the nation in 2015.

Outside the Army she also acts as an ambassador for LGBT Sport in Wales. Her work in diversity has won her several accolades including Cosmopolitan Woman of the Year, an honorary fellowship from Cardiff University and an MBE in the 2019 New Year’s Honours List.

Jake is a writer, director and actor whose first six films have received a collective 57 awards. Jake’s first feature film and two drama pilots are currently in development with MisFits Entertainment (‘Alleycats’/’McQueen’). All of his films are used as educational tools in schools, prisons and universities worldwide.

He has just starred opposite Keira Knightley in feature film ‘Colette’ and in new ITV drama ‘Butterfly’.

Jake has spoken at many events, most notably at the Houses of Parliament and as part of the first ever trans specific event at The White House.

Jake is also a patron for Ditch The Label and The Albert Kennedy Trust and a judge for the National Diversity Awards and The British LGBT Awards.

Jake and Hannah are represented by Fiona Kimbell, who can be contacted at [email protected]