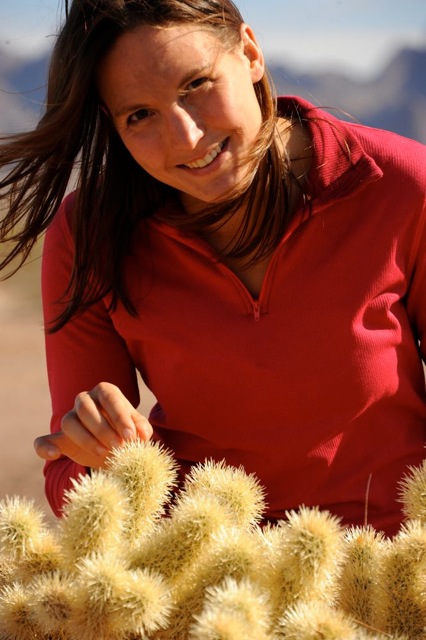 Helen is a physicist and oceanographer with a passion for science, sport, books, creativity, hot chocolate and investigating the interesting things in life.

Helen graduated from the University of Cambridge in 2001 with a first in Natural Sciences (Physics), and again in 2006 with a PhD in experimental explosives physics. During this time she also worked at the University of Toronto in Canada and Los Alamos National Laboratory in the USA. A continuing fascination with the world of very fast small-scale phenomena led her from explosives to the study of ocean bubble formation. In October 2010, Helen returned to the UK after nearly four years spent working in the USA at the Scripps Institution of Oceanography in San Diego and the Graduate School of Oceanography in Rhode Island. She currently works at UCL in London.

Helen’s TV project’s have included From Ice to Fire: The incredible science of Temperature, The Quizeum, Sound Waves: They Symphony of Physics,, Colour: The Spectrum of Science along with many others.

Helen’s first foray into the world of television was Orbit: Earth’s Extraordinary Journey. Helen spent much of 2011 filming all over the world for this 3 part series for BBC2, following the extremes of the Earth’s weather for an entire orbit and was first aired in March 2012. Following Orbit Helen co-presented The Transit of Venus a Horizon special for BBC2 following the rare and beautiful, once in a lifetime event that helped scientists further understand the complexity of our solar system.

Operation Iceberg followed and Helen joined a team of scientists on a ground breaking expedition to the arctic to investigate the unknown world of icebergs, exploring the creation, life and death of these frozen behemoths for the first time. Presenting from their research ship and the iceberg itself this incredible 2 part series aired on BBC2 at the end of October 2012. After all the successes of 2012 Helen was asked to join the Dara O Briain’s Science Club team filming VT’s and joining in the lively audience based studio programmes to tackle the biggest ideas in science over 2 series.

Helen has gone on to present a documentary about the sun for BBC2 a more personal journey about bubbles for BBC4 and Super Senses, an NHU production for BBC2 exploring the world of science through animal sight, sound and scent. Helen is also a regular contributor to Horzion. Most recently Helen has presented the BBC show ‘Ocean Autopsy’. all about examining the damage to the ocean and its habitants as caused by humanity.

Helen’s first book, Storm In A Teacup, was published in November 2016.

Helen is represented by Fiona Kimbell, who can be contacted at [email protected]